I hope this helps someone but I’ve been chasing a wifi problem in my house for a few days and finally got to fixing it.

Symptoms: poor range, slow speeds outside of the room the airport was located.

Configuration: I have it configured auto everything across the board, no unique SSID for the 5Ghz network, and nothing customized other than DNS – thanks to DDOS on Charter’s DNS servers I swapped in Google and Level 3’s DNS servers.

I loaded a free app on my MacBook called WiFi Explorer that displays wifi signals, noise, and occupied channels but the one built into OS X works equally well. I noticed that the 2.4Ghz network was dropping off for 30-45 seconds every minute even though there are devices on my network that require 2.4GHz.

5GHz was solid but as expected it’s range was poor and signal strength at the distances I needed it to work in my house were very low.

Started with power cycling the router. No difference. Soft then Hard reset, no change. 2.4GHz just wouldn’t stay on.

Launched Airport Utility and reset the AirPort to the factory setting, no difference. So now I’m thinking hardware issue. Of course, this is not under warranty anymore.

The last trick I had available was to roll back the firmware. In the airport utility click on the AirPort Extreme to display the serial number and firmware version. Option click on the version and pick 7.6.3 from the list. The utility downloads and installs the firmware. Really couldn’t be more simple.

Bam all is good after the reboot. Both radios functioning at expected levels. So is it a firmware issue or a glitch? So I decided to upgrade the firmware to the latest. The latest does have some good fixes.

After the reboot everything has been solid again. WiFI Explorer shows 5GHz and 2.4GHz on solid and never dropping off. I’m going to chalk it up to a glitch in the firmware that was cleared by reloading the firmware. The only way to do that for these is to rollback then upgrade again. Luckily though in true apple fashion – the utility does all the hard work and maintains your configurations.

Also the iOS utility offers the same functionality, so it’s easy to repair these. 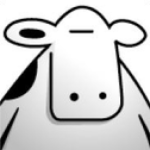